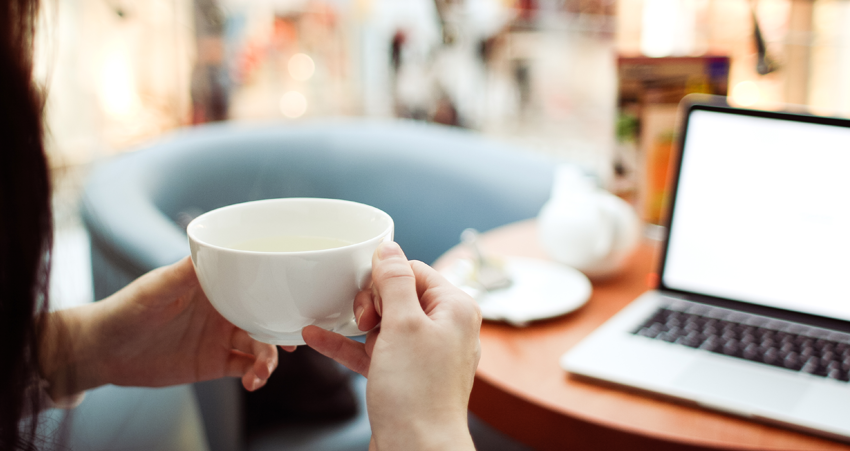 I can’t believe it’s almost the end of 2016! This has been an exciting year for Craveity. I decided to put together a quick recap of what our year was like. 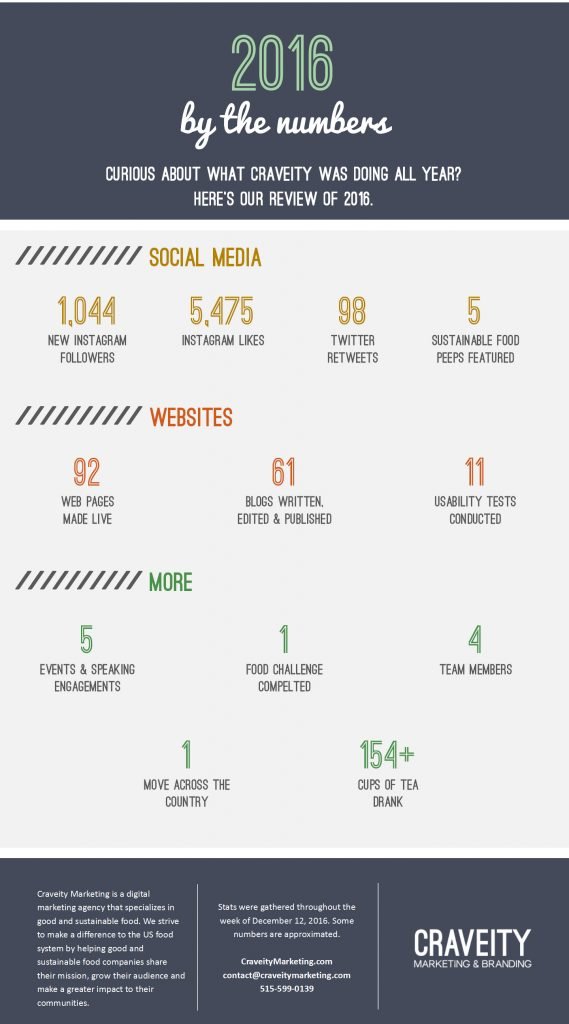 Twitter Retweets – Throughout 2016, Craveity’s tweets were retweeted over 98 times. Thank you for sharing!

Sustainable Food Peeps Featured – In November and December, we ran a social media campaign on Instagram, Facebook and Twitter. As part of the campaign, we featured a number of different people who are living lives centered around healthy and sustainable food. We featured a vegan, a vegetarian, an urban gardener, an artist and an inspirational weight-loss story.

Web Pages Made Live – 2016 was a year for growing and expanding. Throughout the year, we created and updated at least 92 new web pages for our clients and for craveitymarketing.com.

Blogs Written, Edited & Published – We’ve written, edited and published 61 blogs throughout the year for Craveity, clients and our partners. That’s about 5 blogs per month!

Usability Tests Performed – We’re fans of usability testing, that’s why we’ve conducted and analyzed over 11 usability tests for a number of sites throughout the year.

Events and Speaking Engagements – Throughout the year, Craveity hosted, moderated and spoke at about 5 events across Austin and Chicago.

Food Challenges Completed – To better understand our food system, we put ourselves in the shoes of people who are food insecure. I lived for a week on an entire food budget of $28 – Learn more about the SNAP Challenge.

Team Members – We were blessed to have a team of amazing interns throughout the spring and fall semesters 2016. Thank you to our marketing interns Lindsey, Megan and Ammanuel!

Moves Across The Country – At the start of 2016, Craveity called Austin, TX our home. But we moved north! We’re now up in Chicago, IL. (Burr!)

Thank you everyone for the wonderful year! We’re looking forward to another in 2017. 🙂

Stats were gathered throughout the week of December 12, 2016. Some numbers may be approximated. 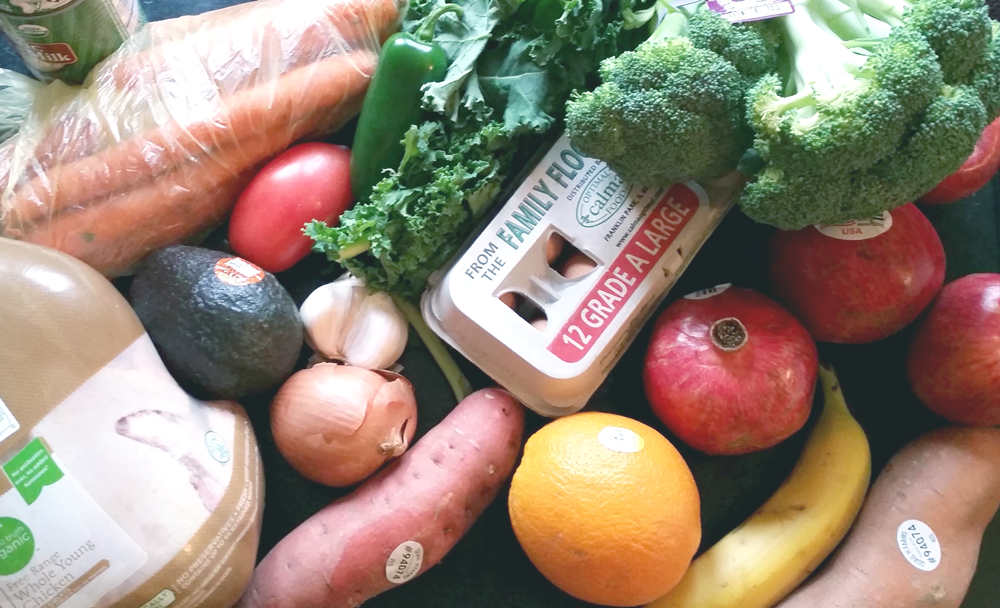 How the Paleo Diet Changed my Way of Thinking 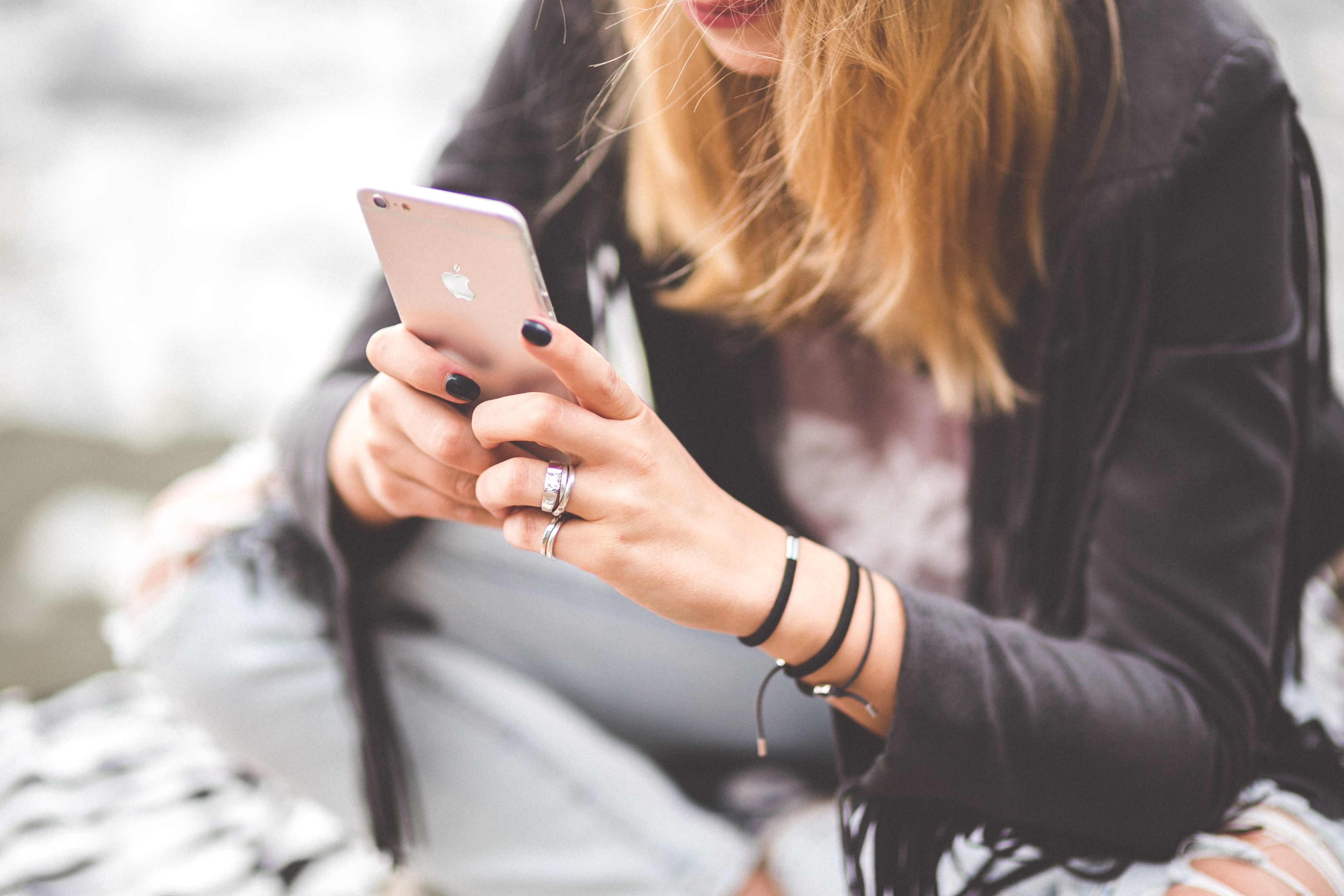 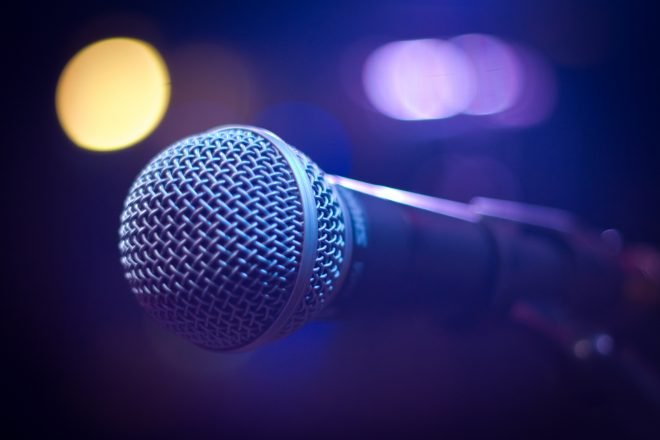 How Our Founder is “Bootstrapping in America”